Generations of Competition: Golf vs. Civic

The Volkswagen Golf and Honda Civic were both released a year from each other in the 1970s. It was a new world where after years of big full-size cruisers and muscle car bruisers, gas was pricier and people were looking for more fuel efficient, small cars. While a lot has changed since then for Lowell and Haverhill drivers, these two have remained close competitors for generations. Let's take a look at where these models started and where they are today. 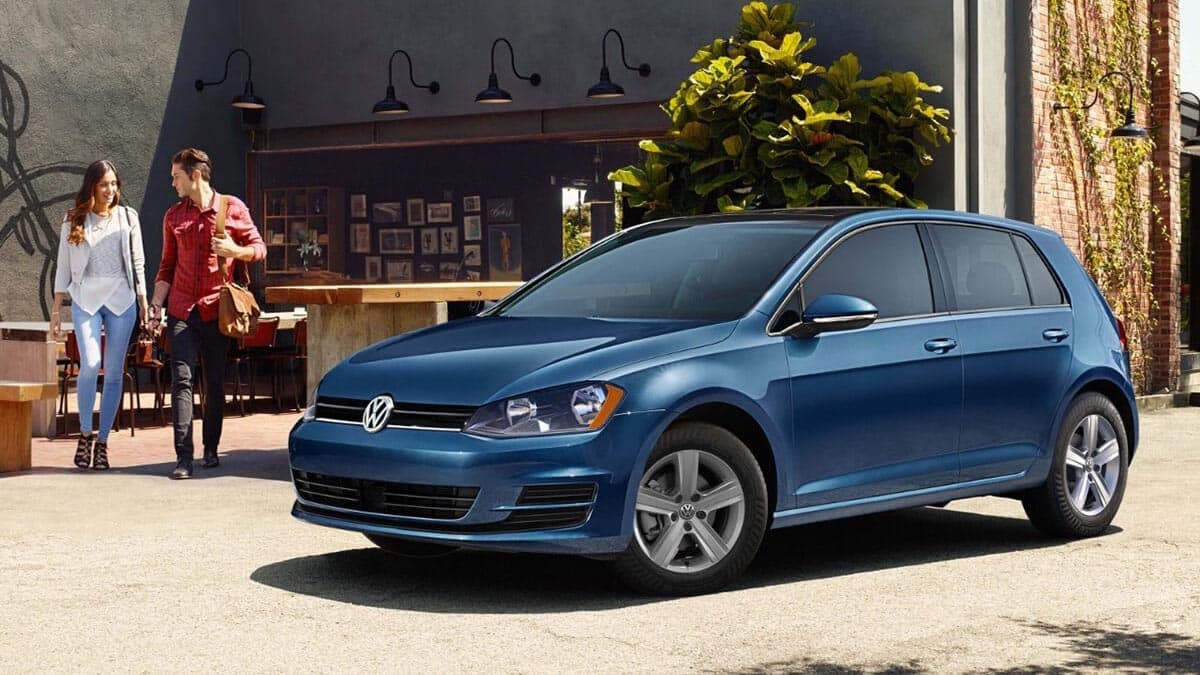 The Debut of the Honda Civic & the First Oil Shock

The Honda Civic beat the Golf to the punch by one year in 1973. The Civic was a bit of a gamble coming from a company that was primarily known for their motorcycles, but “luck” would have it for Honda The year of its debut was also the year of the first oil shock after an embargo drove up oil barrel prices from $3 to $12. The late 60s and early 70s may have been dominated by high-powered muscle cars, but with astronomical gas prices and long lines, people were forced to look for more efficient cars. 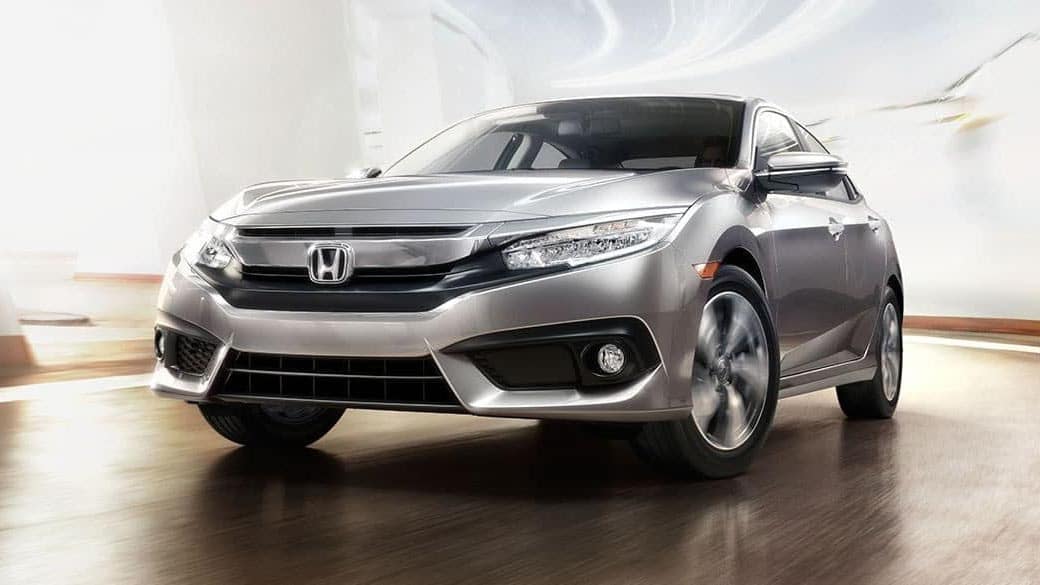 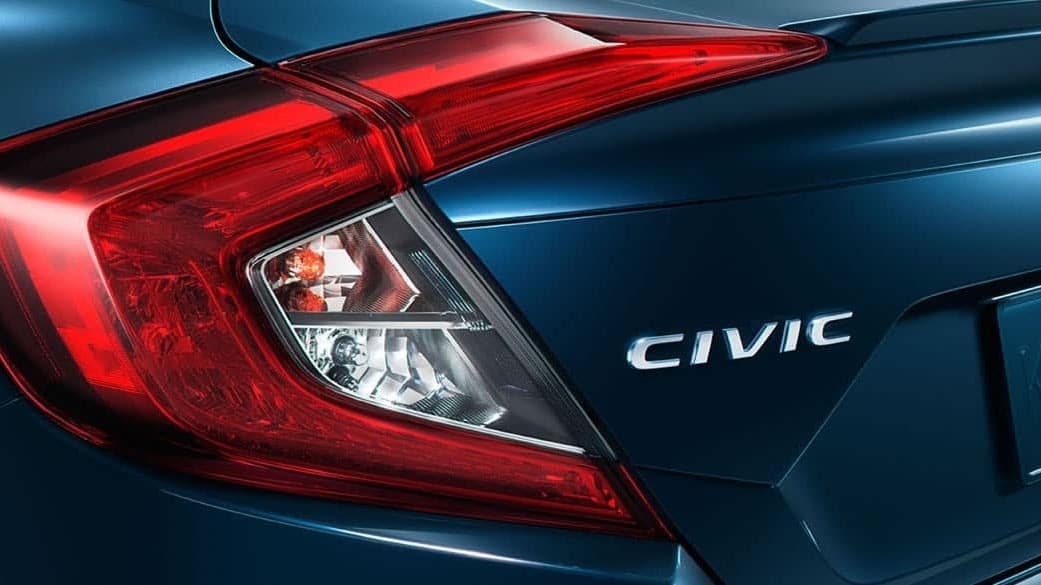 Though the Honda Civic might have had only a measly 50 hp to its name at the time, its 40 mpg highway seemed like a godsend. Plus with a 86.6-inch wheelbase and 139.8-inch overall length it managed to seat four quite comfortably despite being a fairly small car. Still, the early Civics were a bit ramshackle with awkwardly placed turn signals that seemed to be an afterthought and an awkward center dividing bulge in the grille. It was very much an economy car with only the most basic features. Air conditioning and a rear windshield wiper were about the only major add-ons. But at $2200, it was pretty affordable.

The Golf Takes the Competition by Storm

The Golf emerged in 1974 in Europe and in 1975 in the US (under the name “Rabbit”). Though Volkswagen had been known for their vehicles for years, they had ridden high on the strength of the Beetle for decades and knew they needed a new hit. The Beetle may have been iconic, but with people looking for new efficient cars the Golf was just what they needed.

At 146 inches long with a 94.2-inch wheelbase and a width of 63.5 inches, the Golf was bigger on the inside than the Civic and the rest of the competition time while still small and efficient. It was more powerful with its 70 hp and a diesel engine added to the lineup in ‘77 gave the Golf an astounding 40 mpg city and 50 mpg highway (just in time for the second oil shock in ‘79).

To boot, the Golf was known for its style with its sharp creased edges from Italian designer Giorgetto Giugiaro. A carefully thought out vehicle for just $2999, at the time Road & Track compared the Rabbit/Golf to its competition, including the Civic, calling it  "the winner, and not by a hare (sorry, couldn't resist)."

The Golf and Civic Today

Though car trends have come and gone, the Volkswagen Golf and Honda Civic remain close competitors; however, some things never change. The Golf comes with a 1.8L turbo four-cylinder that produces 170 hp and 199 lb-ft of torque, while the Civic has a 2.0L four-cylinder with an underpowered 158 hp and 138 lb-ft of torque. Edmunds praises the interior design too with its “intuitive, simple control[s]” and design that is “comfortable and sporty.” The Honda Civic still has some odd quirks like a “lack of a volume knob [that] is a source of constant frustration” and “short cushions [which] will leave thighs somewhat unsupported.”

Ultimately, the choice is still up to you, but we’ll be happy to help you find the best Volkswagen Golf for you at Commonwealth Volkswagen. Don’t hesitate to contact us to learn the latest on the newest VW Golf or Golf GTI. 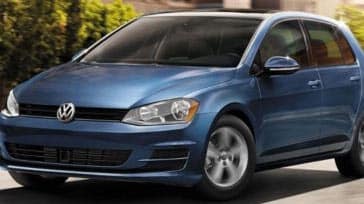 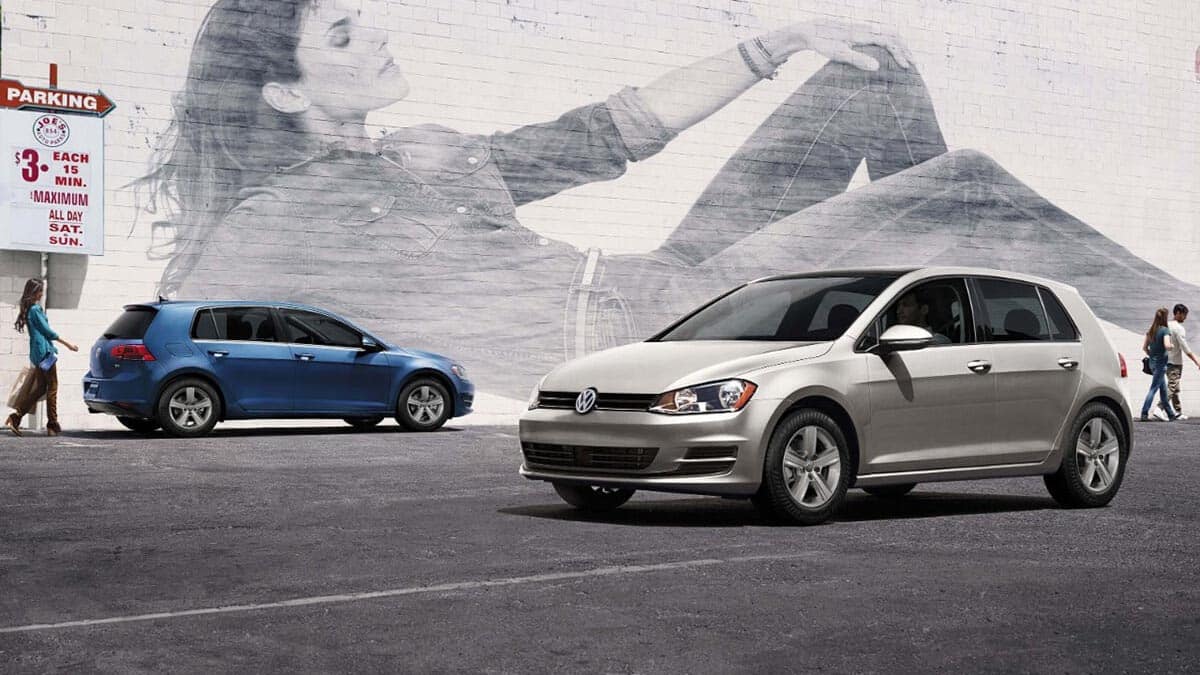 0 comment(s) so far on Generations of Competition: Golf vs. Civic